Shri Chandra Shekhar Azad is the name synonymous to Patriot. He played a crucial role in the Independence movement of India from British rule.

Today July 23rd marks the birth anniversary of this brave son of our nation who was the pillar of freedom fight, our nation was struggling to free the nation from colonial rule. The freedom with which we are able to call us an independent nation would not had been successful without his noble sacrifice.

Shri Chandra Shekhar Azad was the leader of a young freedom fighter squad which consists of legends like Bhagat Singh, Rajguru, Sukhdev, Ram Prasad Bismil and Ashfaqulla Khan. Born as Chandra Shekhar Tiwari (23,july, 1906) joined Non Co-Operative movement led by Mahatma Gandhi in 1920 after the Jallianwala Bagh massacre in 1919 and was arrested the British at a tender age of 15. He replied with the name of Azad when asked for his name during interrogation, and since then he became Chandra Shekhar ‘Azad’. Chief planner of Kakori Rail Kaand In 1925 and the shooting of J.P. Saunders in revenge of Lala Lajpat Rai’s death.

He shot himself dead with the last bullet left in his pistol before getting caught by the British policemen when he got cornered in the Azad Park(then, Alfred Park) in Allahabad(now, Prayagraj) on February 27, 1931.

Here are a few famous quotes which makes him a legend:

His quote for the Youth

Pure motivation for the pack of freedom fighters 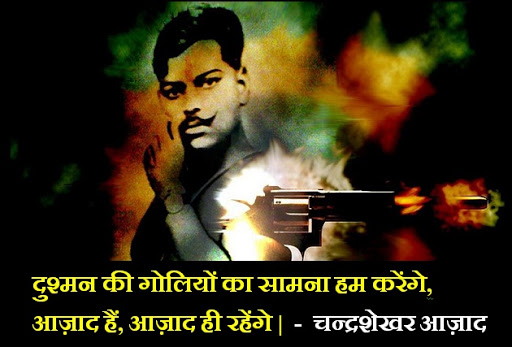 Now this is called Passion & Integrity 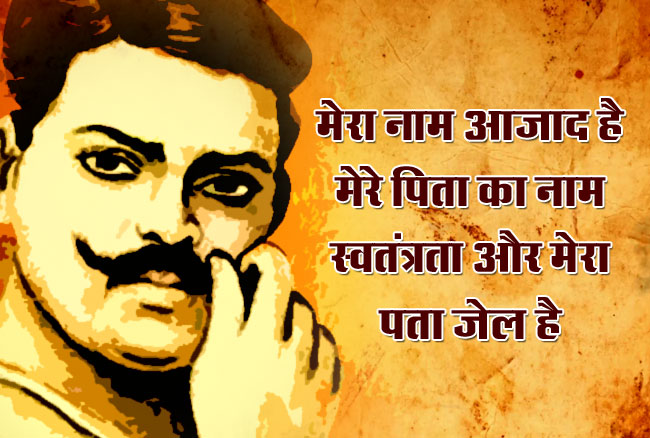 Lets make it a better nation which he gave us an independent one… Inquilab Zindabaad!!!